Art on the Pinellas Trail

These images are all part of a mural titled "Be Right Back" by artist Stephen Palladino, the first step in Pinellas County’s attempts to minimize vandalism and increase public art.

The Board of County Commissioners and Pinellas County Transportation partnered with arts agency Creative Pinellas to create the transportation-themed mural.

The western side of the Pinellas Trail is actually the old CSX railroad right-of-way and the old rail stations in Dunedin and Tarpon Springs still exist and are now museums. In fact, there is an old boxcar next to the station in Dunedin which has been converted into a refreshment stop right next to the Trail. 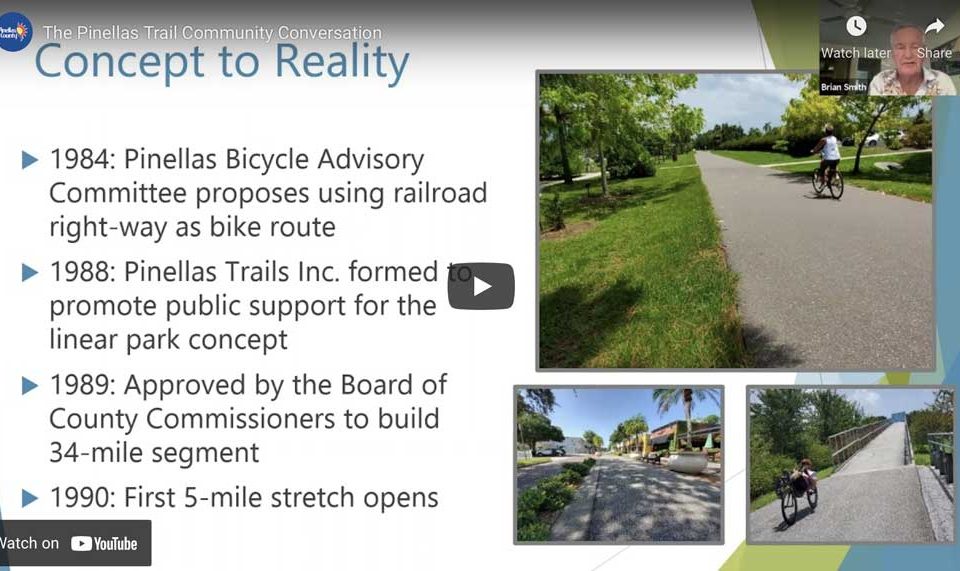